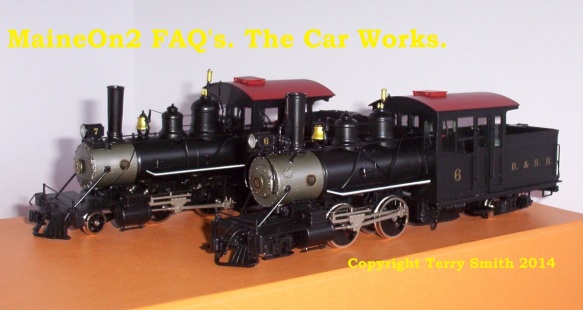 Stan Richmond’s The Car Works burst on the Maine Two Foot scene late in 1990 with a range of offerings, shown here in the flyer below, which was probably picked up at the 1991 Whitman meet;- 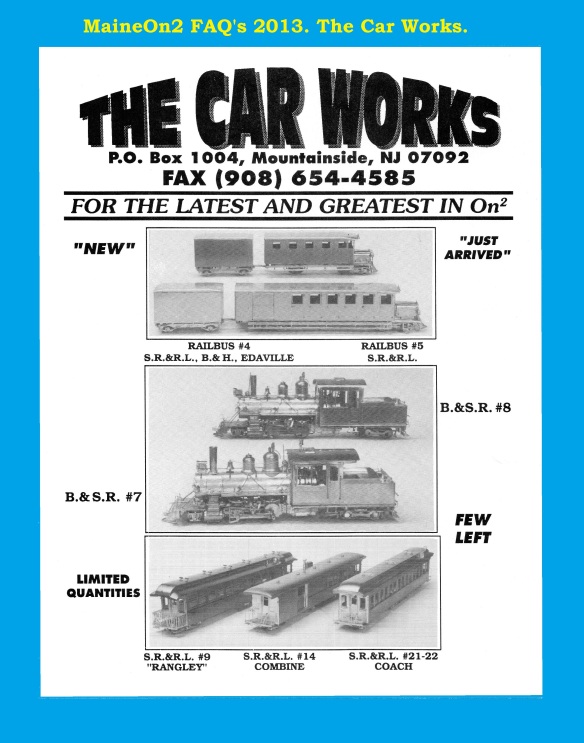 Here’s a review of the first two models taken from the November/December 1990 edition of the Gazette;- 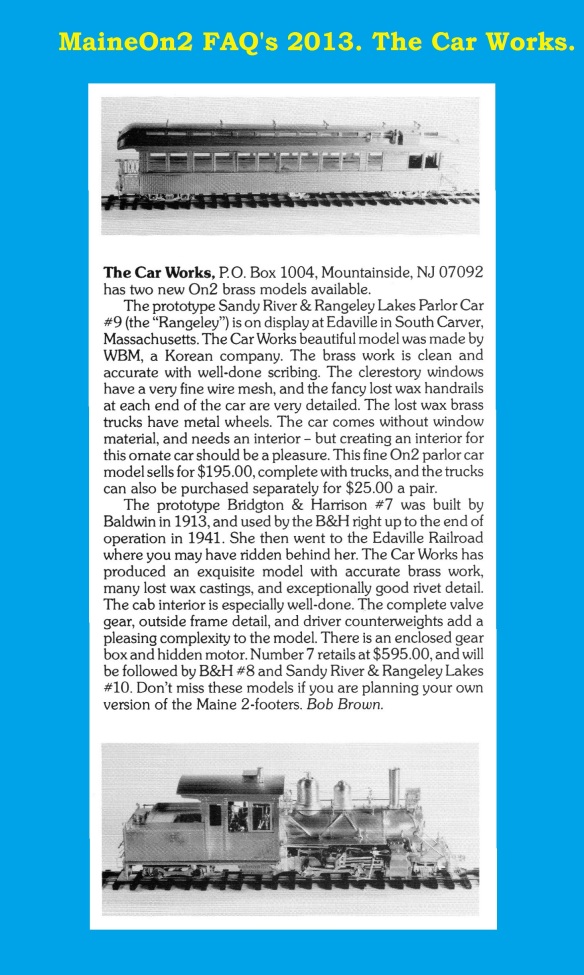 The Car Works has supported Maine Two Foot modelling in O scale with a number of models released at intervals;- 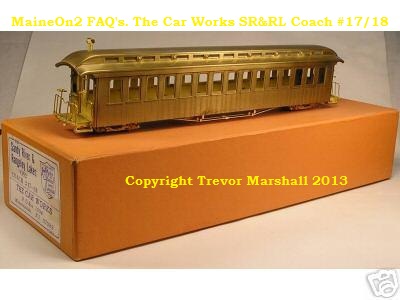